Any one else heard of this?
Jaguar Land Rover is retrofitting Apple CarPlay and Android Auto into InControl Touch Pro for free.

Yep, the latest Pro software release "19B" enables the smartphone pack to give Android Auto and Carplay.
Topic here:
https://www.xeforums.co.uk/viewtopic.php?f=20&t=8307

There is also another update "H251" for Jaguar vehicles to enable SOTA updates.
https://www.ftypeforums.co.uk/viewtopic.php?f=21&t=3844
A similar one is out for LR vehicles going back to MY17.
The general thoughts are that as they are binning the "Apps" including spotify they will try and bring all vehicles up to date with carplay and SOTA.

Copy of the release notes for 19B:


NEW FEATURES INCLUDED IN THIS RELEASE

SMARTPHONE PACK
Where the vehicle can support it the Smartphone pack will be permanently enabled for Apple CarPlay, and Android Auto or Baidu CarLife in China with this update, even when updated using SOTA

SOTA
Improved SOTA screens
New notification icon for SOTA Update Pending
With the WI-FI change below, SOTA will be available for all InControl Touch Pro Vehicles with this software

WI-FI
Systems that were previously unable to connect to Wi-Fi can now do so, this enables SOTA for these vehicles

ISSUES FIXED IN THIS RELEASE

CONNECTIVITY
Signal bars for vehicle connection strength will now display correctly
When a phone is connected, Wi-Fi will now automatically enable after a power cycle
Error message "Unable to connect (015)" has been replaced with the more appropriate ‘Data limit reached. Add more mobile data to continue using (name of feature being used) and try again.’

MEDIA PLAYER
General improved stability
Improved handling of the track duration bar
Tracks will no longer sometimes automatically pause 3 seconds before the end.
Correct graphic will now be shown in the background of the IPC (IPC) media panel
The issue stopping a podcast resuming after receiving then finishing a call has been fixed

NAVIGATION
STANDARD NAVIGATION
Improved stability when resuming a route
Improved accuracy of voice guidance
Improved accuracy of safety cameras
Empty pop up screens will no longer be displayed
Improved "Send to Driver" from Rear screens experience
Improved map display when traffic side panel displayed
The map displayed in the IPC will now always match the map in the touchscreen
Improved reliability of address summary screen when the city selected is not unique
Improved route calculation
General improved reliability
Improved Traffic Info stability
When the map license is extended, the status will update immediately

PARKING AID
Issue of missing parking aid beeps has been fixed
When in reverse, the Parking aid 360 pop up will now work when selected

TEXT TO SPEECH
Text to Speech will now behave correctly if it is played, then stopped, then played again

TRANSLATIONS
Improved Translations for all languages

Please excuse my ignorance but does this mean that MY2018 F-Pace with this software will be able to run Apple Car Play? My touch screen looks like the one in this picture... Now, that would make my day!! 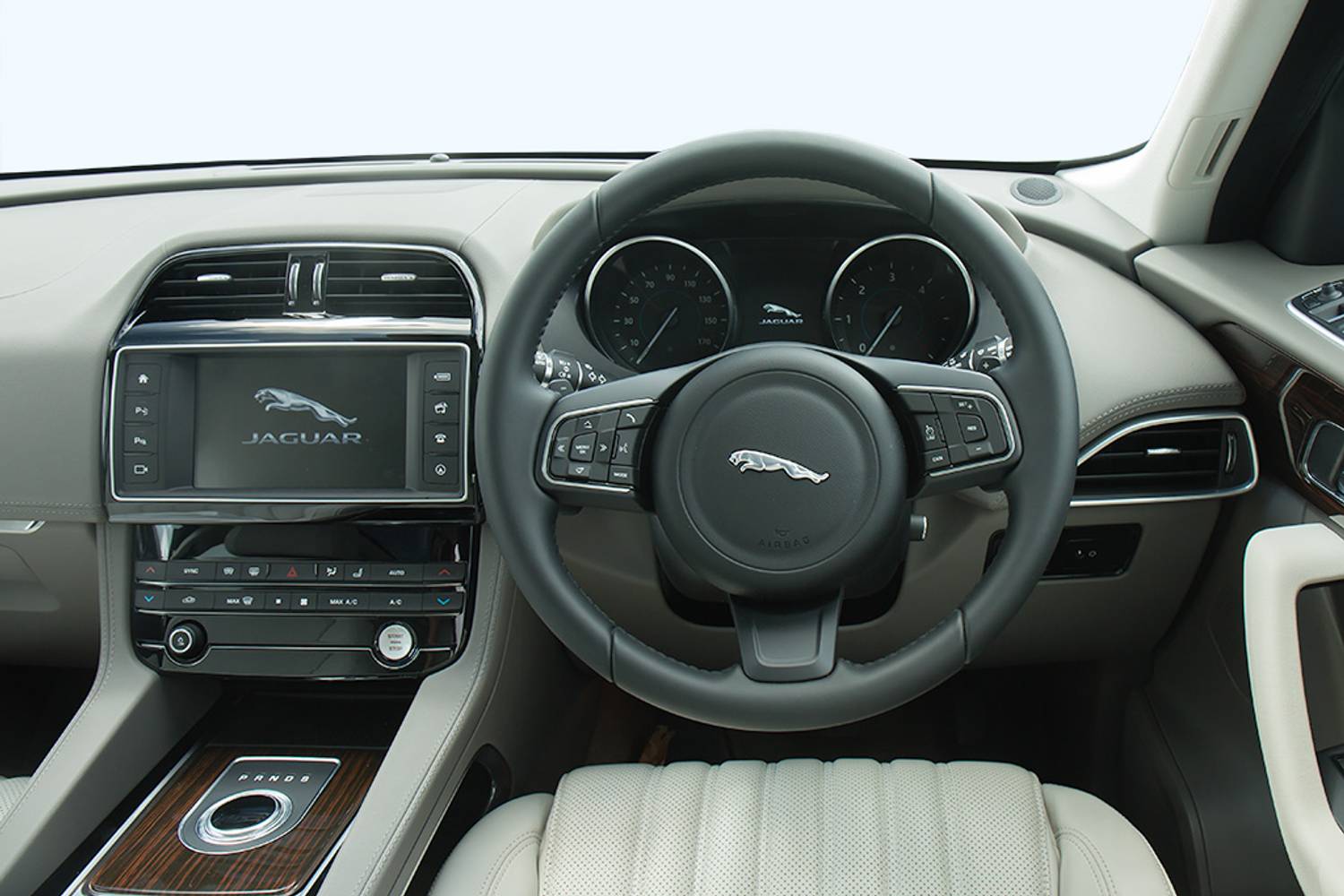 Dealer upgraded to allow me to do SOTA from 18b.
Now had this screen for 3 days!
Is there any way of aborting the update and starting again?

Our Jaguar F-Pace Forums are free to join and open to all.

Copyright 2015. Not associated with Jaguar.